How the Color Game’s players mastered the game

The posts on this blog explore the digital life of the Color Game, a gaming app launched by our lab. Our goal: documenting the evolution of a new language without words, and recording its birth in data. To find out more, visit colorgame.net.

Some newcomers to the Color Game doubt they will ever get the game. What do these weird symbols have to do with colours? How can I use them to communicate with others?

And indeed, the symbols, at first, don’t mean much. The point of the game is to build a shared language with other players, and it doesn’t come easy at first. But don’t worry: it gets better!

In our lab experiments, we’ve seen that players initially performed close to chance level: Senders (whose task is to craft messages) often failed to make themselves understood, so that Receivers (whose task is to guess the intended colour) chose at random, picking the correct colour once out of 4 trials. But performance rapidly improved. This can only mean one thing: symbols, which were once arbitrary, black and white pictures, became more meaningful, more precisely tied to particular colours.

With the Color Game’s first data coming in, we tried to find whether this happened inside the app as well. The app differs from the experiment in many ways: a host of different cultures. many more participants, players who can opt in or out of the game at any time. Would some of them hold on long enough to make progress?

The results are staggering. 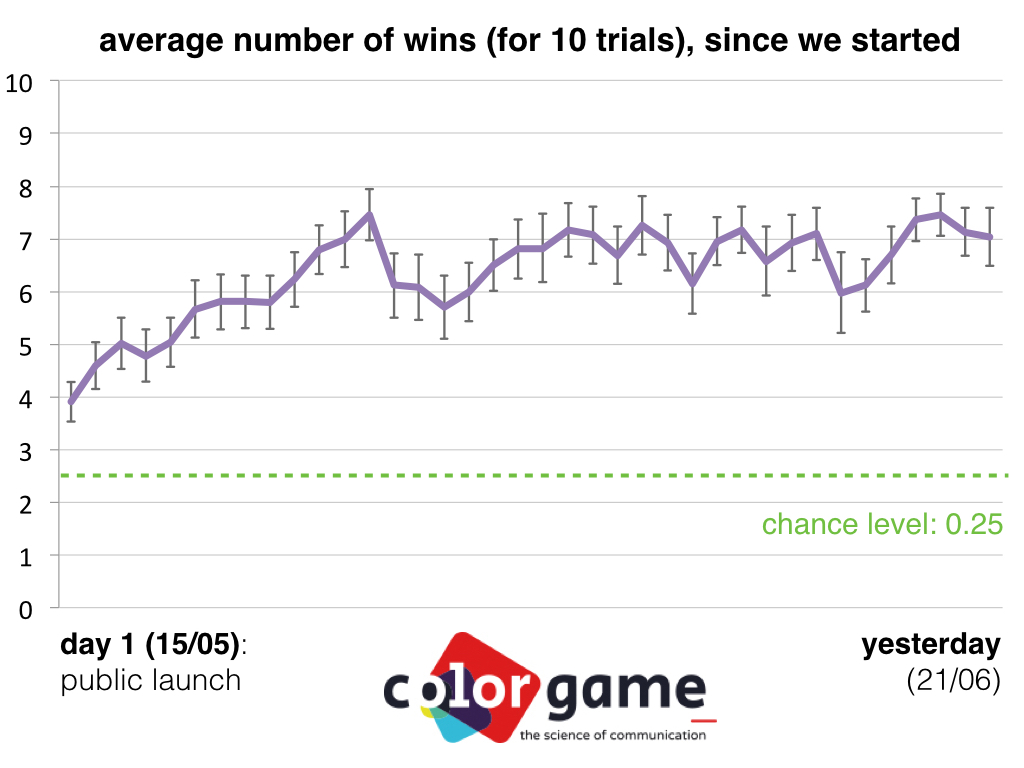 The average number of correct trials for a set of 10 went from 4 to 7 in the last five weeks. The error bars represent variance. n = 17832 trials.

The Color Game players didn’t just improve, they reached performance levels we seldom saw in the lab. The top players routinely win 9 or 10 trials out of 10. Much of this progress was made in the first two weeks after the public launch. That period coincides with a big influx of new players. It is also possible that the learning curve is getting steeper, that progressing from 4 wins to 5 wins is much easier than snatching that last point between 7 and 8.

There is one question that this data does not answer: Who is responsible for the progress? Color Gamers are a diverse bunch. A group of around 50 assiduous players dominates the game (hats off to them!). They made or solved most of the puzzles on this graph. We then see a long tail of players who play less often. In one possible scenario, most of the progress is made by the top players playing among themselves. They get used to one another’s conventions and develop their own language, which remains impenetrable to newcomers. In another scenario, progress is much more diffuse. Many more players, including the inexperienced, benefit from collective progress. This would mean that the languages of the Color Game become more understandable for everyone, even beginners.

Which scenario is right? That will be a topic for a future post! Stay tuned.

Frequently Asked Questions
How the best color-gamers got there 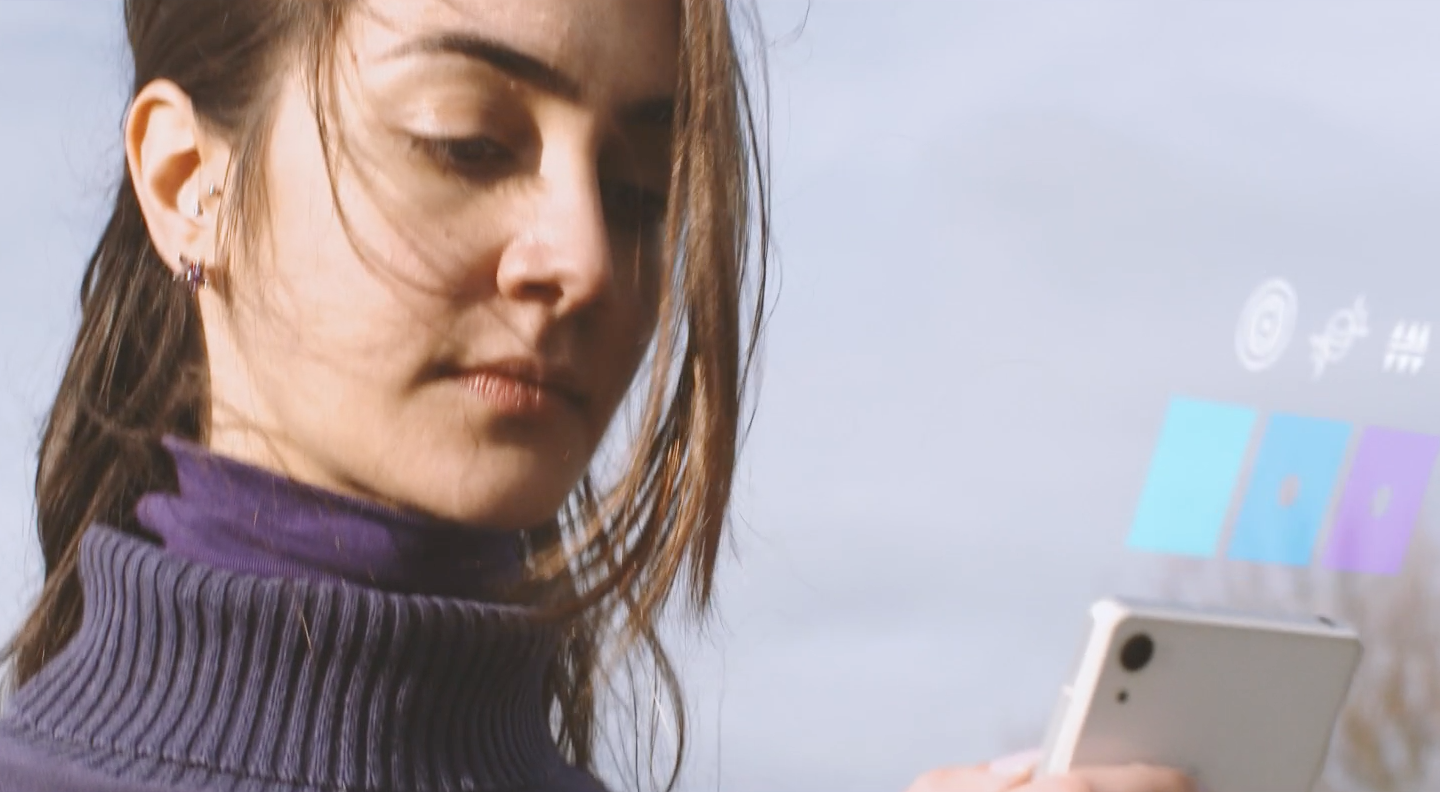 The Color Game's blog
The posts on this blog explore the digital life of the Color Game, a gaming app launched by our lab. Our goal: documenting the evolution of a new language without words, and recording its birth in data. To find out more, visit colorgame.net.