A book club on Clark Barrett’s ‘The Shape of Thought’

The book (we quote the blurb) “ brings together theory from biology and cognitive science to show how the brain can be composed of specialized adaptations, and yet also an organ of plasticity. Although mental adaptations have typically been seen as monolithic, hard-wired components frozen in the evolutionary past, The Shape of Thought presents a new view of mental adaptations as diverse and variable, with distinct functions and evolutionary histories that shape how they develop, what information they use, and what they do with that information… This approach bridges the long-standing divide between nativist approaches to development, based on innateness, and empiricist approaches, based on learning. It shows how a view of humans as a flexible, culturally-dependent species is compatible with a complexly specialized brain, and how the nature of our flexibility can be better understood by confronting the evolved design  of the organ on which that flexibility depends.”

This is an important and highly readable book that we strongly recommend to our readers. There is much to learn from it, and also much to discuss. We therefore  open a mini book club about it, which will consist of two reviews of the book, one more critical by Daniel Burnston, the other more favourable by Olivier Morin, and of Clark Barrett’s response to these two reviews. These three contributions will be open to comments.

No more posts
The Evolution of Evolutionary Psychology 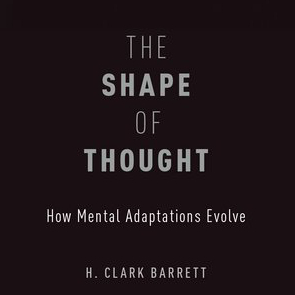