Written by Thom Scott-Phillips on 4 December 2017

How human are the dehumanised?

Developmental psychologist Paul Bloom recently published an article in The New Yorker about dehumanisation. He argued – drawing on research from many subfields in philosophy, psychology, anthropology and sociology – that the way we often think about things like slavery, genocide and misogyny is in some respects upside down. The problem isn’t that people sometimes see others as not human, it’s that they see others as very human indeed – with all that that entails.

In a key passage that elaborates on this idea, Bloom quotes philosopher Kate Manne: “In being capable of rationality, agency, autonomy, and judgment,… [others] are also someone who could coerce, manipulate, humiliate, or shame you. In being capable of abstract relational thought and congruent moral emotions, they are capable of thinking ill of you and regarding you contemptuously. In being capable of forming complex desires and intentions, they are capable of harboring malice and plotting against you. In being capable of valuing, they may value what you abhor and abhor what you value. They may hence be a threat to all that you cherish.”In other words, far from seeing others as not human, what Bloom and others are saying is that perpetrators of dehumanisation take very seriously indeed the humanness of others: their capacity for distinctly human behaviour. And so what we typically call dehumanisation may actually be – from a cognitive, evolutionary, and naturalistic point-of-view – an extreme means of trying to manage social relations. (None of this is, of course, any form of justification. The science is orthogonal to the morality.) This is all in clear contrast to most other approaches – even other evolutionarily- and cognitively-minded approaches, such as in David Livingstone Smith‘s book Less Than Human – which tend to take the word dehumanisation at face value, as the removal of humanness from others.

Bloom and Manne’s thesis invites, I think, an interesting comparison with evolutionary theories of morality.

Humans are a massively social species. One distinctive feature of our sociality is the extent to which we cooperate. Many evolutionarily-minded scholars have, in this light, studied morality as an cognitive adaptation to an environment in which we compete to be chosen as partners for mutually beneficial interaction.

What happens when humans, equipped with these adaptations, encounter other humans and believe – with or without good reason, it doesn’t matter which – that they (the focal individual) are very unlikely to ever find themselves entering into cooperative endeavours with these others? There is in such circumstances no competition to be chosen and recruited as partners and these other humans are, ex hypothesi, a source only of possible costs and problems, with no commensurate upside. Such beliefs could in turn create space for the characterisation of others as, for instance, parasites, and hence for treating them very poorly indeed. The demonisation of immigrants in contemporary political discourse is but one modern manifestation of these dangers, and Bloom’s article describes several others.

To speculate: might the opposite be possible too? If and when we see others as sources only of possible benefits, with no downside risks, do we thereby create space for idolatry and worship? Are, in other words, dehumanisation and idolatry two sides of the same coin? Are we equally prone to each? If not, why not? 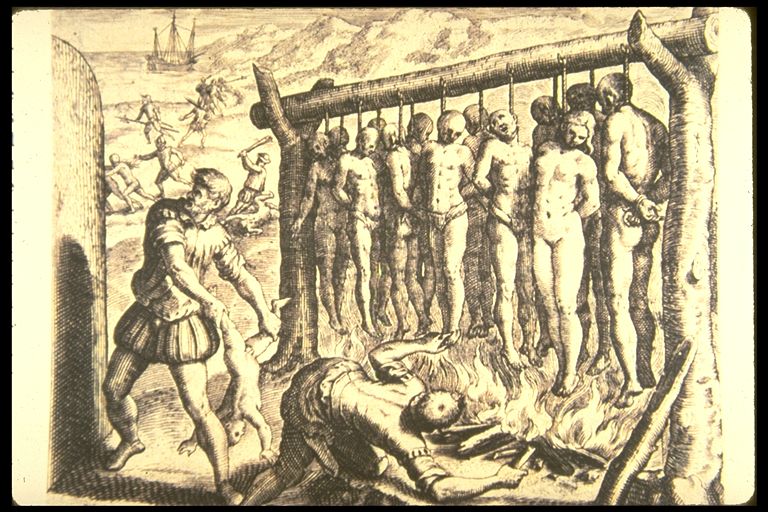