Article for December: Population size does not explain past changes in cultural complexity (?)

For the last month of 2016 we decided to read the paper from Krist Vaesen et al. Population size does not explain past changes in cultural complexity. Published in April’s edition of PNAS online, the paper criticizes two population dynamic models, one developed by Joseph Henrich (2004, JSTOR, alternative) to explain a decline in cultural complexity of Tasmania from beginning of Holocene until contact with Europeans, and the other developed by Adam Powell and colleagues (2009, Science) to interpret the regional variation in the start of Upper Paleolithic transition. 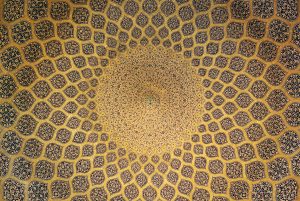 Vaesen and colleagues criticize the theory and the predictions of two models, and argue that population size is not the driving force behind the changes in cultural complexity, but do not provide an alternative explanation. Henrich, Powell and others wrote a response to this article (PNAS), in which they claim Vaesen and colleagues do not understand cumulative cultural evolution.

What do you think of this debate? And do you have thoughts on what drives cultural changes? Write your comments below.

The Mint wishes you all happy and pleasant holidays, and hopes to continue reading and discussing with you in the new year! 🙂

Article for November: Probabilistic pragmatics
Article for January: Iconicity and the Emergence of Combinatorial Structure in Language
The Mint's blog
This is the blog of the MINT Journal Club where we monthly discuss papers on minds and traditions.