Why do scammers persist in saying they are from Nigeria?

A research report by Cormac Herley, a Microsoft security analyst, proposes a clever response to an apparent paradox. Nearly everyone minimally competent in Internet use knows about the Nigerian 419 scam. For the few others, this is the con: an unsolicited email arrives in the your inbox, purporting to be a letter from an attorney who informs the receiver that a large fortune can be made. The attorney needs the help of a person outside Nigeria to transfer large amounts of money abroad, and offers to generously share the boon with this co-operator. The scam works when a victim contacts the conmen and is persuaded to send advance payments to facilitate the alleged financial transactions. Many have fallen for this trick, losing thousands of dollars (and sometimes more) in the process. Smart email security filters most of these emails and most of us delete those that appear in our Inbox even without opening them or reading more than a few lines because we are “in the know”.

If the scam is so well-known, why don’t perpetrators change their routine? Why mention a fortune in Nigeria, when the vast majority of receivers will instantly delete the message? Herley has a provoking answer which is interesting for researchers studying the transmission and reproduction of social representations. The answer in a nutshell is this: Almost all users know about the scam and will ignore the email, but not all. The (very) few remaining ones will open the email, read the letter and will think about the content. And here is the rub: these few users present a much higher rate of success for scammers (meaning interaction, persuasion and cashing in) than the numerous others.

If you have opened a Nigerian letter and perused the contents, you have self-identified as a naive individual who does not know about the “Nigerian letter scam”. Such lack of web-savviness is a good predictor (albeit imperfect) of general gullibility, lack of information about how the world works, unenlightened greed, unchecked curiosity or a magical-thinking inclinations, all of them being the kind of propensities that scammers desire in a potential victim.

Such a naive user would also fall for a letter coming from an attorney in Romania, Paraguay or New Zealand. The problem is that diverging from the Nigerian format will bring in more users which are less gullible. These users are still potential victims, but there is a lower chance of taking them all the way to the point of financial trickery. If scams were costless affairs, this would be unproblematic, but the con artist also bears costs: time, effort, risk of being reported, international phone calls, etc. One would like to improve efficiency by selecting targets, but the identity of receivers is utterly unknown. The solution explains the counterintuitiveness of persisting Nigerian letters: the targets select themselves by demonstrating poor Internet skills and, presumably, their vulnerability to scams. By keeping with the Nigerian format, the con artist gains in the trade-off between avoiding false positives and losing potential victims.

Cormac Herley offers an intricate mathematical demonstration of how low levels of potential targets make optimal such a strategy, but the general explanation is simple and elegant. However, it is not entirely unproblematic. Paying attention especially to online activity, the analysis overlooks alternative processes in the offline world.

In some cases, victims travel to the site to make sure that the business is legitimate; in a story I once heard, con artists received an American “partner” in Governmental offices, one of them impersonating a Minister attesting to the bona-fide of the affair. This requires local expertise which is hard to obtain far from home. If the scammer is Nigerian and impersonates a Romanian, it would be difficult and costly to send pictures, documents or bank accounts from Romania. A foreign accomplice could help, but this leads to the further problem of notoriously low trust between thieves linked by superficial social relationships. On the other hand, there is a large Nigerian diaspora in developed countries, especially the UK, which offers scammers a pool of relatively more trustworthy accomplices to contact victims and carry the con further.

A strong test of Herley’s hypothesis may be the real origin of actors, as a substantial number of scammers falsely pretending to be from Nigeria (and bearing the aforementioned costs) would offer some support for his model. Even this possibility is open to alternative explanations. Perhaps Nigeria is an easier place to organise such a scam than e.g. Romania, given the cooperation of corrupt officials, dubious banking practices, weak law enforcement, etc, not to mention an existing institutional blueprint used for previous successes, Moreover, Nigeria evokes auspicious representations for the story: an African country which is relatively well known abroad, with an exotic image of vast fortunes made from natural resources with much of oil revenue siphoned by informal channels. Somalia is also well-known, but hardly for its wealth. Equatorial Guinea is richer (and more corrupt) than Nigeria, but relatively unknown to the general public.

Another reason for the persistence of the “Nigerian” format could be traced to the scam’s social reproduction. Presumably, the scam originated with some Nigerian enterprising individuals. Their initial success made others copy their methods. These subsequent waves consisted of relatives or friends of initiators, themselves mostly Nigerians. Basile Ndjio writes that a majority of 419 scammers are Igbo ethnics, confirming the hypothesis of social transmission along offline social relationships. Herley’s data shows that, besides Nigeria, neighbouring West African countries are the most likely countries mentioned in the scam, suggesting imitation by people close to the first wave, given the social ties between West African populations where ethnic and kin groups extend across national borders. The persistent format could thus be explained by the imitation of successful individuals and their methods, rather than a conscious decision to target gullible individuals by means of content. In addition, newcomers to the scam business have less resources than already established ones, meaning lower possibilities for investment in overseas arrangements to avoid the cliche. Since the Nigerian format has worked so well in the past and it is affordable, why change it?

Perhaps the weakest point in Herley’s proposal is the absence of data on success rates. He analyses the frequency in titles of sent emails, but does not discuss which kind of emails manage to persuade victims (and one could see why this is difficult to find out). Perhaps the web is flooded with “Nigerian” emails sent by neophyte scammers, but they are largely unsuccessful, while a small number of emails with non-Nigerian content has a larger rate of profitability. In this case, the persisting Nigerian format is not way to screen out false positives, but the weapon of the weak scammer who can do nothing more than hope for a once-in-a-lifetime sucker.

All this being said, Herley’s explanation is thought-provoking and may still be accurate even given other mechanisms at work. For those who study culture and cognition, it provides an interesting theoretical account which articulates a population-thinking approach with individual level cognitive biases and content interpretation. For those interested in comparison, I have written in a ICCI blogpost about a similar way of using communication content to discriminate naive victims from experts in the case of fool’s errands. 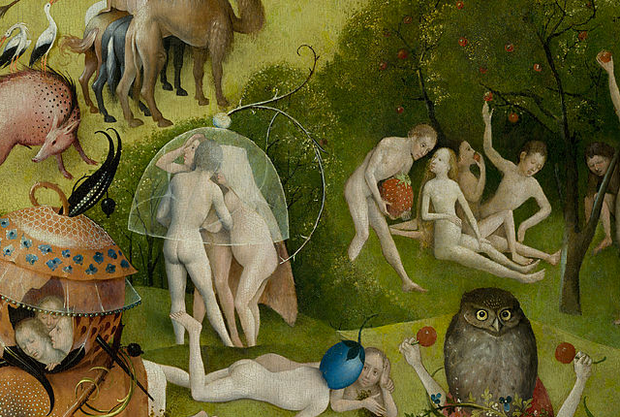