Staring back at the evil eye

A few months into my fieldwork in a Romanian village, I was told by friends that I wonder way too much. When visiting people in their homes, I alway noticed something interesting, be it old house architecture, inventive implements, cute animals or anything catching my attention. My mistake, I was told, was expressing my curiosity out loud, wondering how this was made or where that came from. Worse, I was praising my hosts’ properties, mistakenly thinking they wouldn’t mind, or quite feel proud. Instead, I was told people were uncomfortable with such expressions of wonder, curiosity, and praise because they bring misfortune by means of deochi the “evil eye”.

In folklore studies, the evil eye is “a widespread but by no means universal folk belief complex according to which the gaze or praise of one individual at or for another may cause illness or even death to the second individual or to an object belonging to that individual” (Dundes 1981 p vii). I haven’t thought about this until writing a chapter on the epistemic protection of households in my village. Fear of the magical evil eye blends in nicely with the wider local representations of secrecy and mistrust.

And then I found out my mother hanged in her apartment an Israeli hamsa, my daughter plays with a Turkish blue-eye glass amulet, and my partner has a Moroccan bracelet with blue-eye beads, all gathered from our trips. 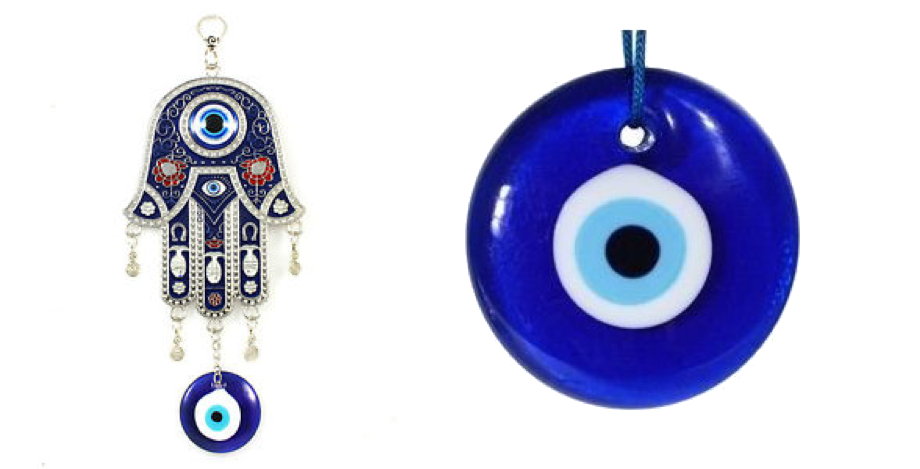 In fact, if you google images for “evil eye”, most hits are on the symbol of the blue eye. This however is not an evil eye; it is, on the contrary, a symbol meant to protect the wearer against the malicious agency. Well documented in the study of folklore (Dundes, 1981), variations on the eye motif are widespread in the Mediterranean area. What makes this cultural token so successful?

Evil eye, for all its magical properties, is still an eye. It may dry up cow’s milk, break down things or sicken people, but it does not do so randomly. It follows from the evil person’s visual attention to something. Mere knowledge is not enough, sight is crucial. As I know from ethnography, things kept hidden and out of sight are not in danger of deochi. But of course certain things remain clearly visible and hence vulnerable. What is a good way to prevent this unwanted attention?

Perhaps staring back. Eye symbols may be perceived as a cue of real eyes. They may fall under the actual domain of perceiving eyes as part of faces with further inferential results. You can sense the difference between these two picture, one with three agents looking in the same direction, versus three eyes at a slight angle apparently interested in different things.  The wide-open eyeball of the amulet, its conspicuous iris and sclera in particular, sends the viewer a cue of being watched, and perhaps even more – surprise? anger? Hanging such a symbol above your door or at your neck provides cue of an unflinching gaze meeting any and all forms of visual attention, evil eyes included.

Olivier Morin (2013) analysed the cultural attraction of direct gaze representations in portraits, and here the gaze has additional moral power.

There is experimental evidence that presence of eye drawings makes people behave prosocially. When watched, people are more careful with their reputation and adjust their behaviour closer to social norms (Ernest-Jones, Nettle, and Bateson, 2011; Manesi, Van Lange, and Pollet, 2016). They pay more often their coffee at unattended machines, and the effect is stronger when symbolic eyes seem to pay attention by their direct gaze. So could it be that decorative amulets really keep away evil-doers by making them feel watched? Not impossible, but hard to test. Or perhaps users of amulets see their monitoring gaze as an intuitive reason to attribute them some efficacy? If the evil eye comes from nefarious attention, one can signal that the attention is recorded. When eyes (people) look at each other, a certain form of shared knowledge appears. I know you are looking at me, and I know you know I am looking at you, etc. If you are observing me, I am observing you. If you have evil thoughts, better look away since someone saw you looking.

Here is another puzzle: natural blue eyes are believed to be particularly prone to evil-eye misdeeds, yet also blue eye amulets are the best defense. Is there a causal link from one representation to another? Seeing stylised blue eyes reminds that the other observer knows about and takes protection against evil eyes in culturally-defined ways. But it is also a visible public token of the tradition of “evil blue eyes”  Does this signal not only “I see you” but also “I particularly see you, the one with the evil eye”? (Why blue of all colors? I have no idea, honestly. Do you?).

There is another way evil-eye averting eyes are culturally successful. Amongst many cultural traditions associated with the evil eyes, this seems one if not the most easy to understand and pick up by foreigners such as tourists and even included in New Age symbolism in societies without displaying the traditional beliefs in the agency of the evil eye. Many of you perhaps encountered them more than other traces of the evil eye tradition. In this case, the artefact encourages two representations. One is the overt idea of magical protection. But it also an intuitive reminder of the evil eye itself. Folklore has other recurrent means to avert misfortune-by-attention, such as spitting, making the object uglier or hanging a flashy red band, but they do not carry a reminder of the original problem. Perhaps that is why they tend to remain local traditions such as those I observed in a Romanian village. The tourist buying the blue eye trinket gets two things at the price of one: a cute amulet as well as an intuitive representation of what it is against. Vicarious perhaps, but easy to explain with a nice story why you put that item on the wall of your condo.

The eye staring back is not the only cultural tool against the evil eye. The villagers I know do not use eye symbols against deochi but hang elaborate red tassels to horses and cows. 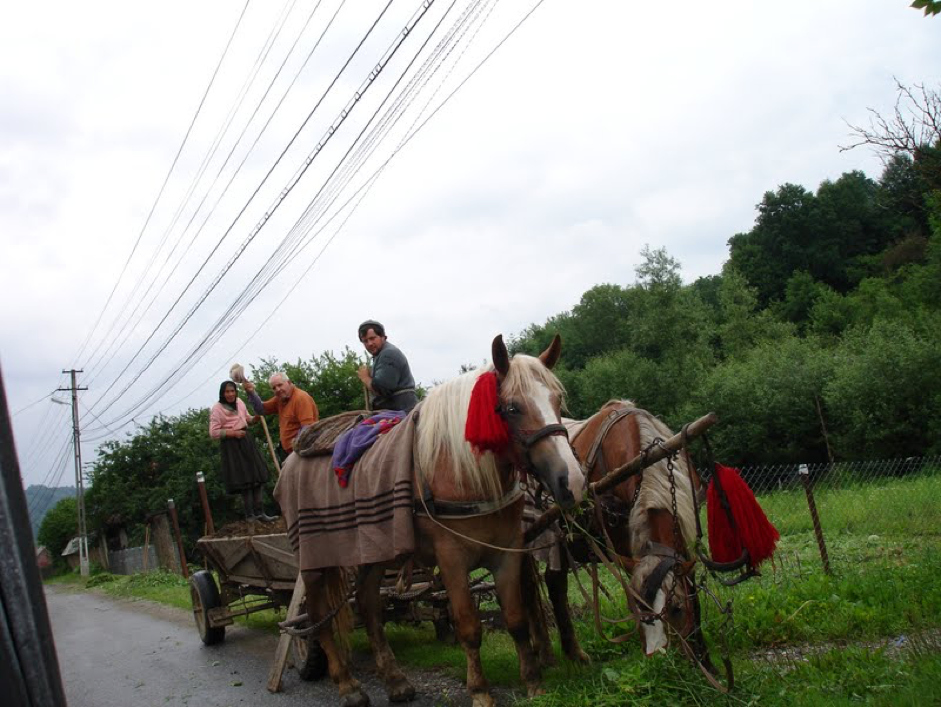 Before knowing about deochi I saw them as purely aesthetic. But why this attention-grabbing artefact?  Again I don’t have a good explanation, but I know better now than to praise them out loud or look too intensely in their direction, even without an eye amulet watching me.

Why do scammers persist in saying they are from Nigeria?
Beheadings as honest communication devices
Radu Umbres' blog
Ethnographic tidbits on minds and cultures.