There is more to being an anthropologist with a strong interest in psychology and natural and cultural evolution than experiencing the imposter syndrome in several disciplines. One of the perks of transdisciplinarity is attending conferences in different fields. While I have very little expertise in the social studies of sciences, I like to observe people, and conferences are great places to see science at work by watching its practitioners interact with each other. 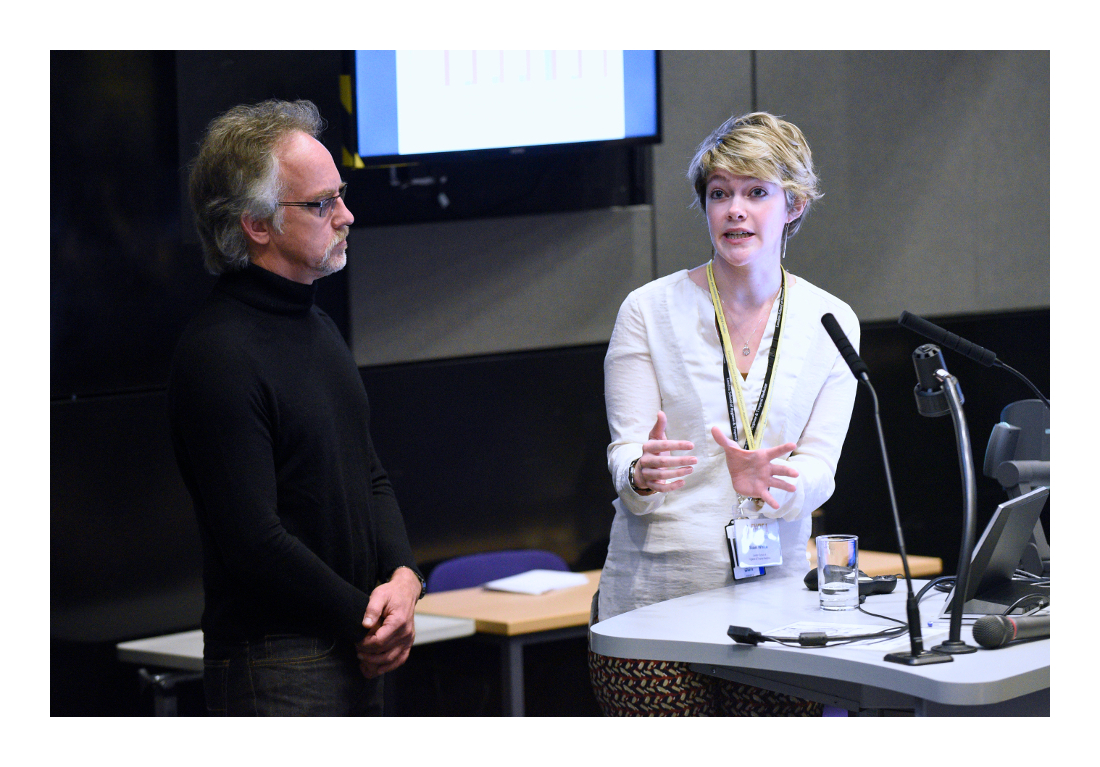 This year I have attended two conferences, one anthropological, the other on evolutionary theories of human behavior. Both were awesome in the quality of scholarship, yet so different in the way attendants received and responded to presentations. The moment which sparked my interest was an afternoon session of an anthropological panel.

I wont pinpoint one particular exact presentation, but things went something like this. I collate from different papers, since the content is less important than the style of academic conversation. The speaker presented her fieldwork and a set of theoretical ideas, ending with a discussion of how the two are mutually relevant. Many anthropological panels are organised around concepts, emerging theories or avenues of research, so every presenter paid at least lip service to the panel theme, and often engaged substantively with it.

The fascinating moment came afterwards with the questions and comments from the audience. Each speaker congratulated the presenter (a politeness I believe to be forthcoming in all academic conferences) and then latched on to a bit of ethnography and/or theory from the paper. And here is the rub. The comment usually proposed another concept, or interpretation. Something along the lines of “This is great, but I wonder if ‘class” is not a good lens to interpret these findings” or “I find (insert name of French Continental Philosopher)’s concept of XYZ quite useful to make sense of this fact” or “what do you think of another way to look by the work of (insert contemporary anthropologist, usually a big wig or rising star) which seems particularly relevant for your work). More often than not, audience sounds and head nods suggested agreement with the proposal

My fascination continued when the speaker responded by usually acknowledging the comment and answering the question with a conciliatory stance, promising to look into the suggestion and thanking the audience for their supportive feedback. Contrast this kind of academic interaction with what I experienced among evolutionary social scientists.

As with anthropologists, presentations of facts and scholarly interpretations were followed by audience reactions that often drew attention to other empirical cases, theories, and relevant scholars. But there is something different between these two arenas.

With evo-scientists, peer comments often challenged interpretation, sometimes methodology or analysis; they suggested that another theory makes better sense of the data. Quite unsurprisingly, I noted that the commentators’ own work fell exactly in the paradigm they were presenting as superior. Many were thus not innocent by-standers, but scholars socially- and intellectually-motivated to defend an alternative approach. Peer arguments were pitted against the arguments of presenters and it was up to the entire audience to decide which argument was more convincing. The way I saw it, for evo-scientists but not for anthropologists, ideas entered into conflict with one another. Better said, some actors had ideas that conflicted with the ideas of other actors.

The impression I had as a participant observer in the anthropological conference was not that of witnessing a conflict. Most scholars in all fields are nice people in conference interaction, but anthropologists are especially nice during presentations. Almost never was a speaker challenged directly in terms of findings or interpretations. At worst, the audience expressed that they did a good job, but it could be even better if they did something else : additionally, not instead of what they had done.

I call this the “agglutinative style of academic argumentation.” An argument is not intended to displace another argument. As anthropologists are fond of saying (and not without a large dose of truth), social reality is complex. Many things are happening at once, real existing societies are different from lab settings. Informers are whole persons with social, political, economic, religious sides, with various positions, motivations, and social embeddings.

This ontological and epistemological commitment makes anthropology unique among neighbouring disciplines. I think this also causes the difference in style of academic argumentation. Since there are so many stories to tell about a single event – the Rashomon-effect we may call it – , it is very probable that one account does not exhaust all possible causal mechanisms. Thus, one concept or theory can very well live alongside others. Surely, attention to affect or the morality of kinship can help us understand better a marriage practice, but so would social hierarchies or an analysis of language or symbols. It need not be one or another. And there are so many more valuable possibilities, that it comes to be that no idea is really bad or useless.

Like anthropologists are wont to do, I will enhance my ethnographic vignettes with a theoretical interpretation. Alas, it’s based on evolution. In The Enigma of Reason, Hugo Mercier and Dan Sperber maintained that human reasoning evolved to produce and evaluate arguments. Its function is primarily social rather than individual, to persuade others and to avoid being manipulated or misled. And we usually reach better reasoning outcomes in interaction and communication with others than we do on our own.

The evo-science conference seems to fall closer to what may be called the “proper” domain of reasoning. Participants argued against each other, each showed the blind spots of other arguments and tried to show why their idea was better. The anthropological conference was slightly different. True, people tried to persuade others of a point of view, of a personal proposal, but they seemed less interested in rejecting alternative ideas. Neither speaker nor peer comments were challenged. At most, they were painted as slightly less interesting than another brilliant interpretation. Ideas don’t seem to die under the crush of counter-arguments, at most their relevance is comparatively downgraded.

The anthropological tradition of praising and seeking complexity, inter-relatedness of phenomena and the messiness of social life explains part of the conference interaction. Another cause, I think, comes from the structure of ideas in anthropology. Simply put, there is no relevant opposition between theories in the discipline. This was not always the case, as the descent versus alliance debate in kinship or the formalist-substantivist divide in economic anthropology illustrate. But this was back in the 1940s-to-1970s. Since then, no real battlefield appeared in anthropology. If anything, the biggest challenge was is one could anthropology and ethnography in the first place.

Language is instructive in this case. In anthropology, debates have been replaced by “turns”. The “ontological turn” comes to mind as a recent development. But notice the metaphor. Turns are not conflicts. They evoke more the turn of attention to something else, a diversion to a new road, rather than a break with the past, refusal or denial of past or current ways.

Another effect comes from another peculiarity of anthropology. By and large, anthropologists are very kind towards each other’s ideas. They certainly do not destroy them publicly in conferences and seldom express the desire to do so in writing. But one thing unites them: a deep feeling that all other academic disciplines are missing the point. Surely, economists, psychologists, political scientists or biologists do their job well. But they cannot reach the depth of anthropologists with their immersion in real societies, the emic perspective of taking the native point of view, of experiencing first-hand the social life that other disciplines are trying to gauge in labs, surveys, or quantitative data.

For some but not all anthropologists, the attitude is more than just bemoaning the naivete of other disciplines. It is in fact squarely opposed to attempts to explain societies and people by recourse to (perhaps the most widely shared bête noire) nature, biology, or natural evolution. The figure of Marshall Sahlins, one of the most insightful anthropologists for my academic formation, looms large above such an entrenched position of putting “culture” or “nurture” first.

Thus, anthropologists have fewer intellectual enemies within than outside. It is small wonder then that conference presentations are moments of benevolent exchanges of compatible ideas rather than mutually exclusive arguments. Different interpretations agglutinate towards that elusive but powerful dream of describing and interpreting a society and its people holistically. The cost is, I fear, a risk of keeping many bad ideas alive and often kicking. The benefit is one that has been provided by anthropology since its inception. Whatever theory is proposed, another theory could add something to it. How the cost and benefit balance is a subject for another blog post.