People kill others in different ways, but executions are special in that the killer can choose the method. Practices officially used today are hanging, shooting or stoning, lethal injection, electrocution, gas inhalation, and decapitation. The last method is currently confined to Saudi Arabia, but has a bloody and prestigious history. Many cultures and societies have used it across time, with different social interpretations. In Japan, the honorary suicide was followed by beheading by an assistant, but mere beheading carried shame. Before 1789, only French nobles could be beheaded, and the revolution democratised and extended the practice by guillotining. Today, terrorists use it to great shock value. But what explains the historical popularity of beheading?

A simple explanation would start from physiological affordance. Decapitation guarantees certain death with a simple and quick procedure, provided someone has the skill and will to perform it. But other methods are no less fail-proof while being less messy or violent. Hanging or drowning come to mind, or inflicting mortal wounds by knife or bullet. So was beheading just an epiphenomena of a historical era the appearance of centralised states with their civilisation, restraint, and penal mentality as suggested Norbert Elias and Michel Foucault? I think there may be another intrinsic reason to choose beheading.

Imagine a society before the advent of instant, mass communication. How do you prove that someone was executed? You can witness it or trust the executioners. But how can you prove it beyond doubt to someone not present? In the XVIIth century, Transylvanian Szekler serfs brough Michael the Brave of Wallachia the head of Cardinal Andrew Báthory whom they killed after a battle. They offered a recognizable proof to their ally, who later showed the head to a Papal envoy before it was sawn back to the body before inhumation.

Beheading (including post-mortem) leaves the executioner with a trustworthy proof which is easy to transport and to convince third parties. Other proofs may no less violent, yet offer less certainty. During the extermination of natives in Belgian Congo, bullets were expensive and misused for hunting. The officials asked soldiers to account for each bullet with a human hand as proof of execution. The shocking unintended consequence was an epidemic of mutilations while keeping the victims alive.

“Bring me the head of X” tells not only to kill someone but to give credible evidence of the fact. Such was the fate of John the Baptist when Salome asked Herod for his head on a platter. Moreover, his severed head became a symbolic motif of his martyrdom for Christians widely used in iconography. 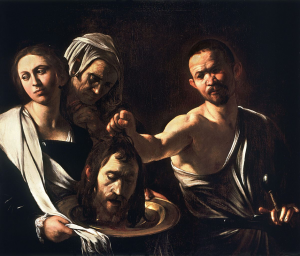 Salome with the Head of John the Baptist – Caravaggio (1610)

The gesture of raising the lifeless head after a decapitation ostensively communicates to a large crowd the relevant information about the identity and fate of the victim. So does displaying the head on spikes, wall, or gates to reach a larger audience than those present at the event. The gruesome method is certain to inspire fear, but also to dispel rumours of the victim’s survival.

After William Wallace of Braveheart fame was hanged, drawn, and quartered, his limbs were sent to distant cities of Newcastle, Berwick, Stirling, and Perth, but the head was set on the London Bridge at the core of royal power. Without it, the rest could have come from any other man as, before his actual execution, rumors of his death had been greatly exaggerated. This leads to a testable hypothesis. Many heroes were said to have eluded death. Could we find a negative correlation of survival myths with beheading given the latter’s honest signal? 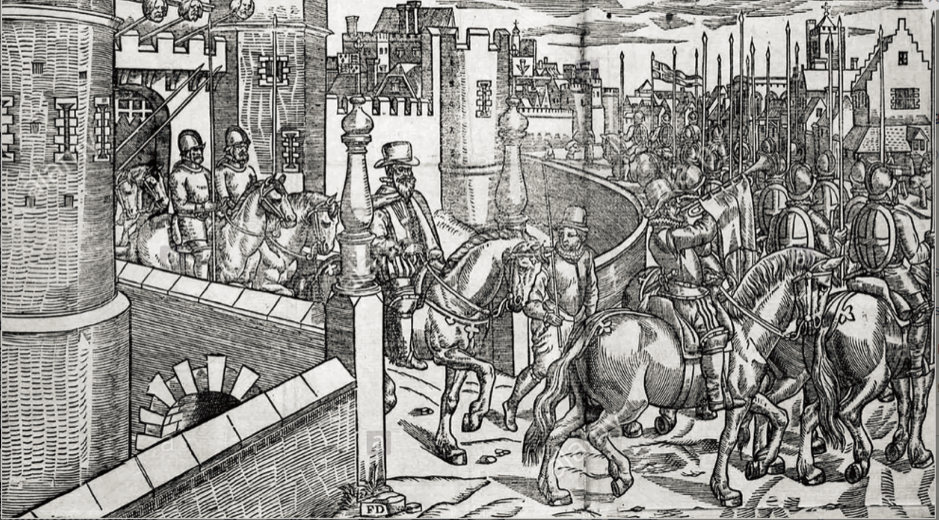 We could extend the idea to widespread phenomenon of head-hunting in warrior societies. As bodily proof of a killing tally, nothing beats a head given its uniqueness. Their accumulation and preservation over the years gives a personal and group cue of formidability as well as a salient index for private memory or external representation of proficiency in war. In comparison, the states and rulers of complex societies were usually more interested in the identity of the skull than in their quantity. Somewhere in-between we find Tamerlane’s order to his soldiers to bring two heads of enemies each after the fall of Baghdad. So desperate were warriors to satisfy their overlord that they resorted to beheading prisoners or even their own wives.

A second question is whether beheading could stabilise as a social practice even without its communicative purposes. European nobles sentenced to death had a right to be beheaded instead of other execution methods. Rapidity and painlessness might have very well made elites prefer it, but perhaps another explanation was custom. Ironically, beheading might have begun as method to kill important enemies leaving a credible proof while the hoi polloi had to make do with whatever was expedient. But the distinctiveness of being beheaded could have, ulteriorly, signalled the status of the victim irrespective of epistemic concerns of trust in communication. As industrial music group Einstürzende Neubauten called it,  guillotine as a “democratic machine” made all heads roll equally. The Great Leveler indeed.

Another hypothesis speaks directly to theories of cultural transformation such as described by Foucault. The gruesomeness of detached heads certainly increased their social cost if “mentalities” changed. But is it also possible that beheadings and other visually-powerful methods of execution or torture have disappeared because their communicative role was replaced by other mechanisms? A weak state or a weak leader needed hard proofs of formidability in punishment but confidence in powerful state institutions and communication media such as journals or recording devices make heads redundant as informational devices. Would the West or fellow countrymen trust or be as frightened by the Islamic State for its lethal determination if it merely announced executions? If anything, democratic societies tend to hide than overtly represent executions or violence, but no-one doubts when they announce the body count.

Staring back at the evil eye
Cultures of academic (dis)agreement
Radu Umbres' blog
Ethnographic tidbits on minds and cultures.