Written by Olivier Morin on 30 December 2010 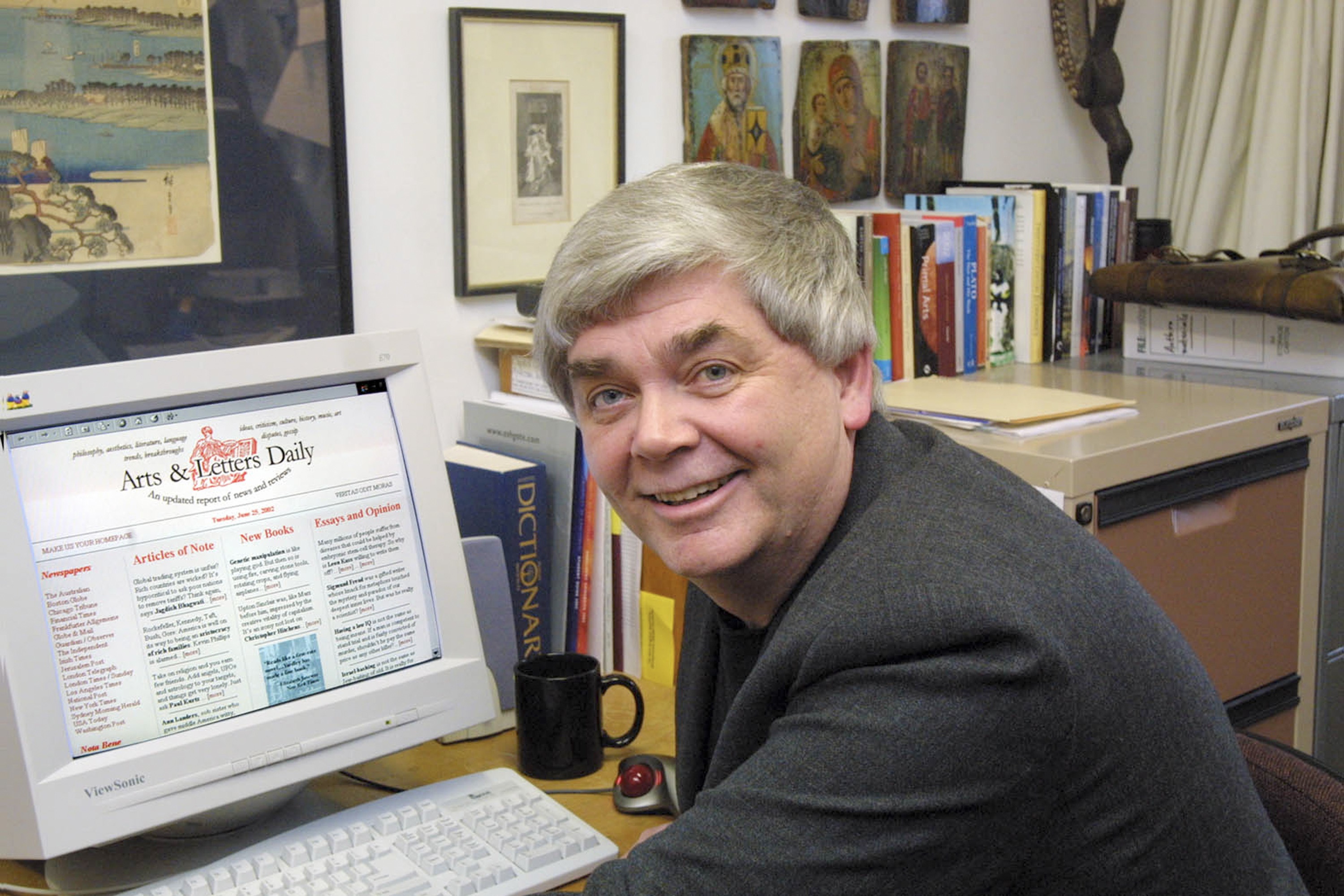 In twelve years of existence, Arts and Letters daily hardly ever let a day pass without publishing its three witty three-liners. On the 28th of december, the feed was unusually late. It quickly resumed to announce the death of its founder, Denis Dutton.

Reading the reports (here and here), you may notice that all the authors seem to have started by searching their mailbox for his name. I did the same. The fact that we all found some fond memory there tells you a lot about the man. He was probably the first philosopher to understand how the web could be used.

In addition to being a celebrated editor and writer, Denis was a member of our Institute, which he supported from the beginning (and even before, in the days of Alphapsy). His words of encouragement, the readership he brought us, helped keep us on track. Last year, the site hosted a long, lively (and sometimes bitter) debate about his book, The art instinct, a darwinian theory of art (here and here). Incensed by our review, he was still patient enough to answer it at length, with sound arguments, and his usual wit. An opinionated and influential man, Denis could dislike his opponents as much as he liked controversy, for which he certainly had a knack. His various crusades, from the hilarious charges against postmodernism to his (less felicitous) campaign against global warming science, testify to that. He was not just any polemicist: he was the one who first gave scholarly debates a URL.

camphor - ammonia = anniseed x peppermint
How much trust should we put in experimental results?
Olivier Morin's blog
Cognition. Culture. Things in between.