Written by Hugo Mercier on 9 January 2019 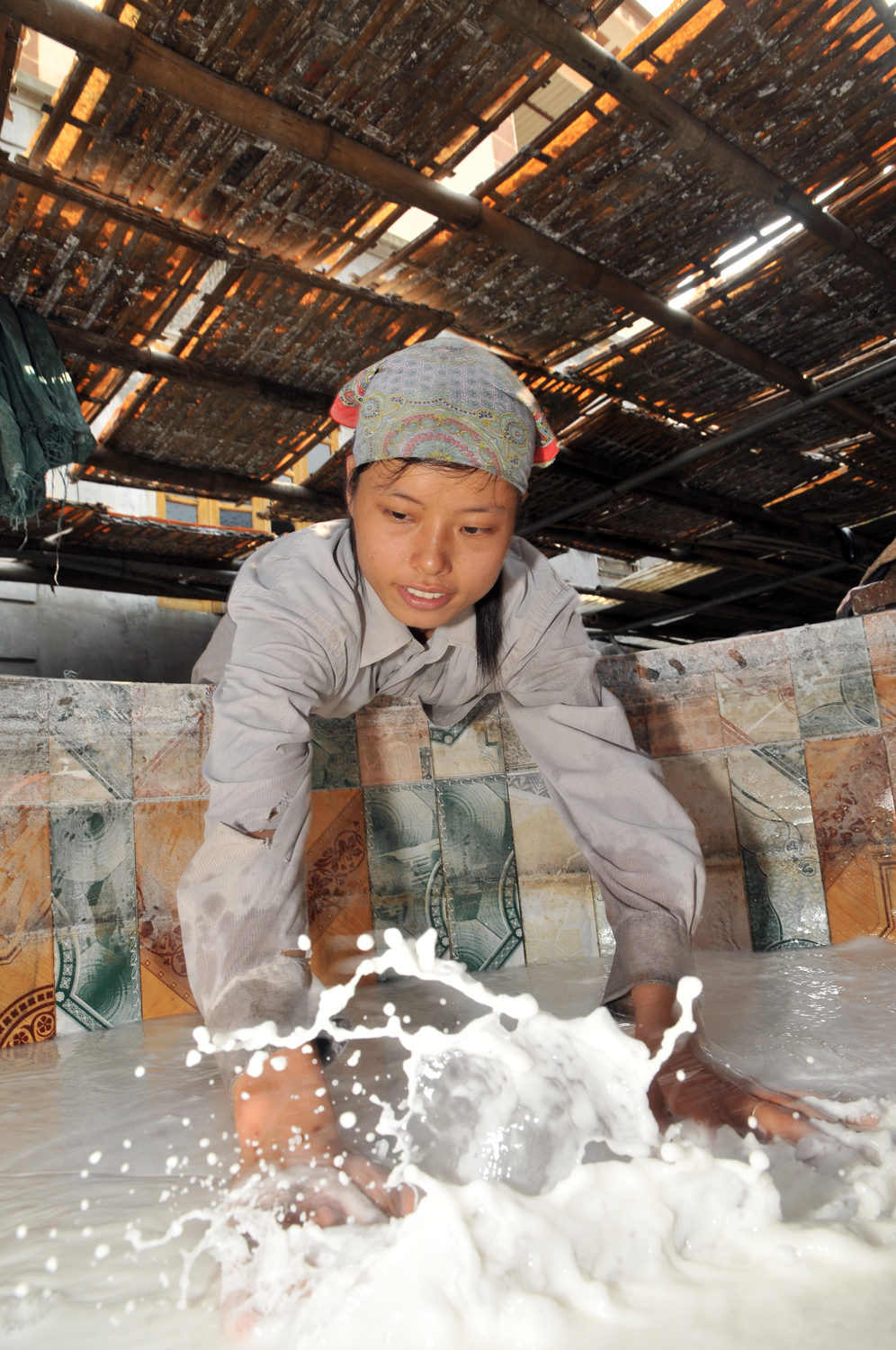 In The Secret of our Success (2015), Joe Henrich offers a grand tour of the best insights gene-culture coevolution theory has to offer. One of this theory’s longest-standing claims is that the collective ingenuity of cultural traditions often goes a long way further than individual creativity. Culture is good for our species. Another, much less intuitive claim, is that humans are predisposed to copy utterly opaque traditions blindly and uncritically. One of the most popular case studies supporting this view is certainly the processing of cassava, discussed in chapter 7—On the origin of faith—of Henrich’s book.

Cassava (manioc) can be a great nutrient, “tasty and filling,” but some varieties contain a toxic amount of cyanide. If cassava is not properly processed, the cyanide creates immediate harm or, more insidiously, accumulates to generate long term damage, resulting in goiter or neurological problems. Fortunately, some South-American populations—who first domesticated cassava—have figured out a long and effortful process that makes cassava perfectly safe to eat.

Darna Dufour and her colleagues, on whose research Henrich relies here, have measured the cyanide content in cassava at its various stages of processing, and shown that it drops at each stage, until it reaches negligible quantities. Even though we now have a decent understanding of the underlying chemical reactions that allow this detoxification, the Tukanoans possess no such knowledge.

Why do they do it then? After all, this is a very effortful process: “Tukanoan women spend about a quarter of their day detoxifying manioc.”

Regarding the first steps of the process—up to and including boiling—the answer is easy. As these steps remove the bulk of the cyanide, they have two obvious effects: they make the product less bitter, and they prevent cassava from causing immediate and violent sickness. Coming up with these techniques is nothing trivial, of course, and this makes the first point of gene-culture coevolution theory: culture is good for our species. It passes down intuitive, sensible, useful techniques that would be tricky for a single individual to invent.

But what about the second point? Is cultural transmission, in this instance, a matter of sheer faith? The last stages of cassava processing, in Henrich’s view, suggest as much. Once the cassava is boiled and its bitterness removed along with most of its toxicity, a tiny cyanide residual is left that may cause severe problems in the long run. Letting the manioc rest for a few days gets rid of this. How would Tukanoans know about this? As Henrich points out, they “would have rarely, if ever, seen anyone get cyanide poisoning, because the techniques work. And even if the processing was ineffective, such that cases of goiter (swollen necks) or neurological problems were common, it would still be hard to recognize the link between these chronic health issues and eating manioc.”

Henrich’s answer is that Tukanoans, like all humans, are endowed with a conformity bias, a tendency to follow what the majority of the people from their group does, even when that means engaging in apparently nonsensical, effortful behaviors. In his words, “such complex adaptations [as manioc processing] can emerge precisely because natural selection has favored individuals who often place their faith in cultural inheritance—in the accumulated wisdom implicit in the practices and beliefs derived from their forebearers—over their own intuitions and personal experiences.”

This has convinced many readers. Indeed, cassava processing is becoming the go-to example for the role of blind faith in cultural transmission—and the unimportance of individual cognition:

“… the lesson [of the cassava example] should be that  particular traditions proliferate and survive within a society because they contribute to the society’s survival, even if no member of that society actually understands exactly how they do so. We discard such traditions at our peril.” (found here)

“In [Henrich’s account of cassava processing], cultural analogues of organic selection processes are invoked because they promise a ‘hidden hand’ explanation for the appearance of adaptation, in contexts where explanations that rely on foresight seem unavailable.” (Lewens, 2018).

“The best example [in Henrich’s book] is manioc processing—manioc is toxic yet the detoxification process is completely non-intuitive and users have no idea why any of the steps in the incredibly labourious system work. They just blindly imitate ancestral customs, but somehow this blind cultural evolution has an ‘intelligence’ and is highly efficient. If you skip one step in the process the whole thing fails. The manioc processing example is all the more evocative for its causal opacity — the damage from failure to follow all the steps in the traditional process (such as merely removing the bitter taste) is only apparent in the very long run, so there is no way individuals could have put 2 and 2 together and said it prevents toxin poisoning.”

We have some general reservations about this point (Mercier, 2017; Morin, 2016), but here we’d like to focus on the specific question at hand: why do Tukanoan (and the other populations who use similar techniques) keep engaging in the strange practice of letting cassava rest after boiling?

We thought there might be a pretty straightforward answer: the extra processing makes the product—a kind of bread—taste better. We emailed Darna Dufour, who has conducted most of the primary research in this area, asking her if the last steps of processing made any difference in taste. It appears they do, as she replied: “The time­ delay improves fermentation giving the bread a more sour­dough taste … The time delay, and I assume the effect of fermentation, improves the texture and makes it more bread­like. That bread­like texture is preferred. And, people often commented on how well a woman made bread in terms of its taste and texture.”

By contrast with the labor intensive first steps, whose usefulness is obvious, the last processing steps consist only in letting the manioc fiber and starch mix sit for a few days. The processing steps that involve considerable efforts are those whose usefulness is immediately apparent. As Dufour put it, the last steps are “costly in time, but not effort.” Waiting a couple of days for your food to taste better doesn’t seem particularly counter-intuitive (after all, both of us can spend hours getting onions to caramelize properly…).

Some taste preferences are universal: the bitterness of the completely unprocessed manioc would, presumably, be repellent for anybody. Other preferences, from époisses to nattō, are partly acquired. The slightly sour taste of fermented dough is a hit in many cultures besides the Tukanoans, but where does its appeal come from? In her response, Dufour was careful, stating that “there is a strong cultural preference for that taste” (i.e. the taste of manioc bread made from manioc that had been left to sit for a few days). Clearly, food preferences have a strong cultural component, with the members of each culture having a tendency to believe their own food to be the best.

As a result, we cannot rule out, for this reason alone, the possibility that, generation after generation, the Tukanoan keep letting their manioc sit for a few days because they have a conformity bias, and then acquired a preference for the manioc bread made in this way. To settle the answer, we could give participants from various cultures samples of bread made from manioc that has either been left sitting for a few days or not, and see if a robust preference for the former emerges.

In any case, looking at the big picture, taste is clearly a crucial guide in the evolution of manioc processing techniques. The choice of cultivating cyanogenic varieties of manioc is partly explained by the fact that, once processed, they are sweeter than other varieties. The costly steps required to process the most poisonous manioc make it less bitter; it’s plausible that finer details of processing are driven by subtler taste preferences.

Henrich, J. (2015). The secret of our success: how culture is driving human evolution, domesticating our species, and making us smarter. Princeton: Princeton University Press.

Kelly, D., & Hoburg, P. (2017). A tale of two processes: On Joseph Henrich’s the secret of our success: How culture is driving human evolution, domesticating our species, and making us smarter. Philosophical Psychology, 30(6), 832–848.