We may be thinking about it all wrong 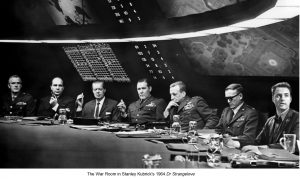 “What should we do about North Korea?” asked an article in the September 8 edition of the Washington Post. What made me read the article, however, was not the title but the subtitle:  “We may be thinking about it all wrong.” Might the article be of relevance to the psychology of reasoning? The author, Bradley DeWees is both a captain in the US Air Force and a doctoral student in decision science and public policy at the Harvard Kennedy School. And, yes, his article is relevant to understanding the mutual relationships between psychology of reasoning and decisions on public affairs.

The United States could aim at containing a nuclear North Korea, or they could opt for military action against it. DeWees writes:

“Selecting from options such as containment or military action can take two forms — what decision scientists call “choice” or “matching.” [*] … Choice would lead a decision-maker to ask why containment is better than military action (or vice versa). This “why?” question triggers a search for good reasons to adopt or reject an option. Matching, by contrast, would lead a decision-maker to ask how much (or how little) military action would have to cost before it was as desirable as containment. This “how much?” question triggers a quantification of the dimensions common to each option. The two processes can lead to different outcomes because choice — and the concomitant search for “good reasons” — can bias a decision-maker in several ways.”

In our book The Enigma of Reason, Hugo Mercier and I have argued that, contrary to standard views, reasoning has primarily a social function. It consists either in producing reasons in order to convince others of a conclusion already reached or in evaluating reasons others produce to convince us. In the same vein, “choice,” as described by DeWees (who links to an earlier article of ours), seems focused on finding a simple one-criterion reason to justify one’s decision.

What makes one criterion among several “the most important one”? The ”choice” procedure doesn’t include a sub-procedure to determine what are the relevant criteria and which one is the most important (and it is not clear what this sub-procedure could be). In practice, this may be left to intuitive bias or emotional commitment. Since, as DeWees suggests, the decision to attack or to contain may intuitively follow from a preferred criterion, the main if not the unique role of reasoning in “choice” seems to be to justify a decision rather than to make it.

Actually, a decision to use diplomatic or military means and, in the latter case, which military means to use, is a matter not just of military strategy but also of politics: being able to justify one’s decisions in the eye of public opinion is a political gain; being unable to do so is a political loss, and these gain or losses have to be factored in in the overall decision.

What happens if the criterion that has in fact led to the decision fails to provide compelling arguments? Imagine for instance that Trump would decide to attack in order to maintain the credibility of his threat that North Korea “will be met with fire and fury like the world has never seen.” American public opinion might not see maintaining Trump’s credibility as a good enough reason to go to war. So what? Trump could with more success defend his decision by arguing that attacking North Korea now is the best way to prevent a nuclear North Korea attacking the US in the future, even if this criterion is not what actually swayed his decision. True, there are decisions so hard to justify by any criterion that they end up not being pursued, but where demagoguery works, reasons are cheap.

So “choice” is less a method for choosing than for justifying choices. What about “matching”?

“Matching,” DeWees writes, “could lead to a different decision even if the relative importance of each criterion remained unchanged. Using matching, the task would be to say how much, in lives and money, one values avoiding the risk of a nuclear North Korea or maintaining the credibility of public threats. What containment lacks on these criteria it could make up for in saving lives and money.”

DeWees makes matching sounds definitely better than choice, but is it really? Here are two problems with matching, one internal the other external. The first, internal problem is well-known: in order to match different options you need a common metric for all the criteria considered. In most real life case—what to do about North Korea for instance—relevant criteria may be quite heterogeneous: expected numbers of casualties, financial costs, loss of credibility and so on. The weighing of these factors, moreover, should take into account time discounting, which is different for different people and which may vary across criteria (the expected number of casualties from a future atomic war may be much greater than from an immediate conventional attack, but, because of time discounting its weight in decision may be lesser). It is very far from obvious (1) that there is an objective metric across heterogeneous criteria, (2) that even if such a metric exists, it can effectively be worked out, and (3) that even if such an objective metric can be worked out, it will be generally understood and accepted.

Point (3) leads to the second, external problem with matching. Whatever way you arrive at a decision on an issue such as the best strategy towards a hostile country developing atomic weapons, the reaction of political actors and public opinion should be and will be a factor in evaluating this decision. Except in a strict dictatorial system (North Korea maybe?), political decision-makers have to give reasons for their decisions. As we suggested, what DeWees calls “choice” is the normal way of producing reasons for decisions however they have been arrived at. Is there an alternative to this normal way? One can imagine two: one alternative way would be to justify one by one the steps in the matching decision. Note that a step-by-step justification would require more intellectual work and more communication than either decision-makers or ordinary citizens are generally able and willing to go for. Still, suppose justification is done in that way. Chances are that one would end up falling back on single-criterion, “choice”-type reasons for most if not for all of these steps taken individually. The other way to justify a matching-based decision is to appeal to the competence, the expertise of the decision-makers. This again is typically made by invoking a single-criterion argument of authority.

“Choice” and “matching” may be evaluated not just in terms of efficiency and objectivity as decision procedures—and, I have argued, such an evaluation is far from straightforward—but also in term of the role they might play in a democratic process.

Democracy is not well served if a choice procedure based on a criterion that the decision-maker considers paramount (say, protecting Trump’s credibility) is defended by invoking whatever criterion—the same or a different one—public opinion might accept as paramount (say, protecting American cities from the risk of nuclear attacks). Democracy is not well-served either if matching procedures are carried out by experts who defend their decisions by asking the people to trust their expertise (demonstrated by the very complexity of the procedure they use).

For more democratic decision making, the people should be truly informed of the major steps involved and have a voice in the process. Decisions informed by public deliberation are in themselves more democratic than decisions imposed from above and justified by arousing popular passions or by invoking the expertise of the decision-makers. (I am aware, of course, that they are issues, military ones for instance, where we cannot but rely on expert, but even if unavoidable, this is still a limit to democracy.)

In a public deliberation, most participants would probably be focused on producing reasons for some single-criterion preference. Still, they would jointly be considering a variety of criteria and evaluating a diversity of reasons. The interaction among them would lead to a collective and interactive version of a matching process. If (a very big “if,” I know) there would be a high enough level of public understanding of the issues and a variety of point of view combined with a sufficient degree of agreement about the common interest, this would tend to lead to better decisions (as Hugo and I have argued, with evidence).

Deliberative democracy is an idea worth exploring, but my point here is not to defend it. It is rather to suggest that, before examining decisions procedures from a normative point of view, it makes sense to look empirically at the social practices of decision making. This empirical examination, interesting in itself, may also usefully inform the normative assessment.

At one level, DeWees’ discussion of choice vs. matching reads like a detached, normative argument in favour of matching. At another level, this discussion can be viewed as a “choice”-type argument based on the single criterion of (apparent) objectivity for adopting the matching method in deciding what policy to adopt towards North Korea. The implicit consequence seems to be that this decision should be made by experts rather than by the President, resulting in a policy of containment rather than of preventive war. For many readers and maybe for the author himself, this implicit consequence may have been the main point of the article.

Or, as I have tried to do, we can think about the whole issue differently.

(*) The choice/matching distinction was outlined, as DeWees mentions, by Amos Tversky, Shmuel Sattath, and Paul Slovic in their 1988 article, “Contingent weighting in judgment and choice,” where matching, (which roughly corresponds to “maximising expected utility” as prescribed by rational choice theory) comes out as the way to go. Eduard Brandstätter, Gerd Gigerenzer, and Ralph Hertwig in a 2006 article, “The Priority Heuristic: Making Choices Without Trade-Offs,” (extending to decision-making Gigerenzer’s well-known “take-the best heuristic” in inference, see Gerd Gigerenzer and Daniel Goldstein 1996 article, “Reasoning the fast and frugal way: Models of bounded rationality“) can be read as a fleshing out and a realistic defence of choice. These articles, however, are not particularly focused on the social and political dimension of decision making, which DeWees highlights and which I am discussing in this post.