It’s been six months since we launched the Color Game App. The project will last for another half year before we make all our hypotheses public. For us, the Color Game is an experiment in cultural evolution: we want to see how communication practices change over the long run. That makes it important to know how our players themselves evolve: are we dealing with a rapidly changing population of fickle players, or do the same happy few come back every day? The answer is to be found in… the Color-Game-O-Scope! 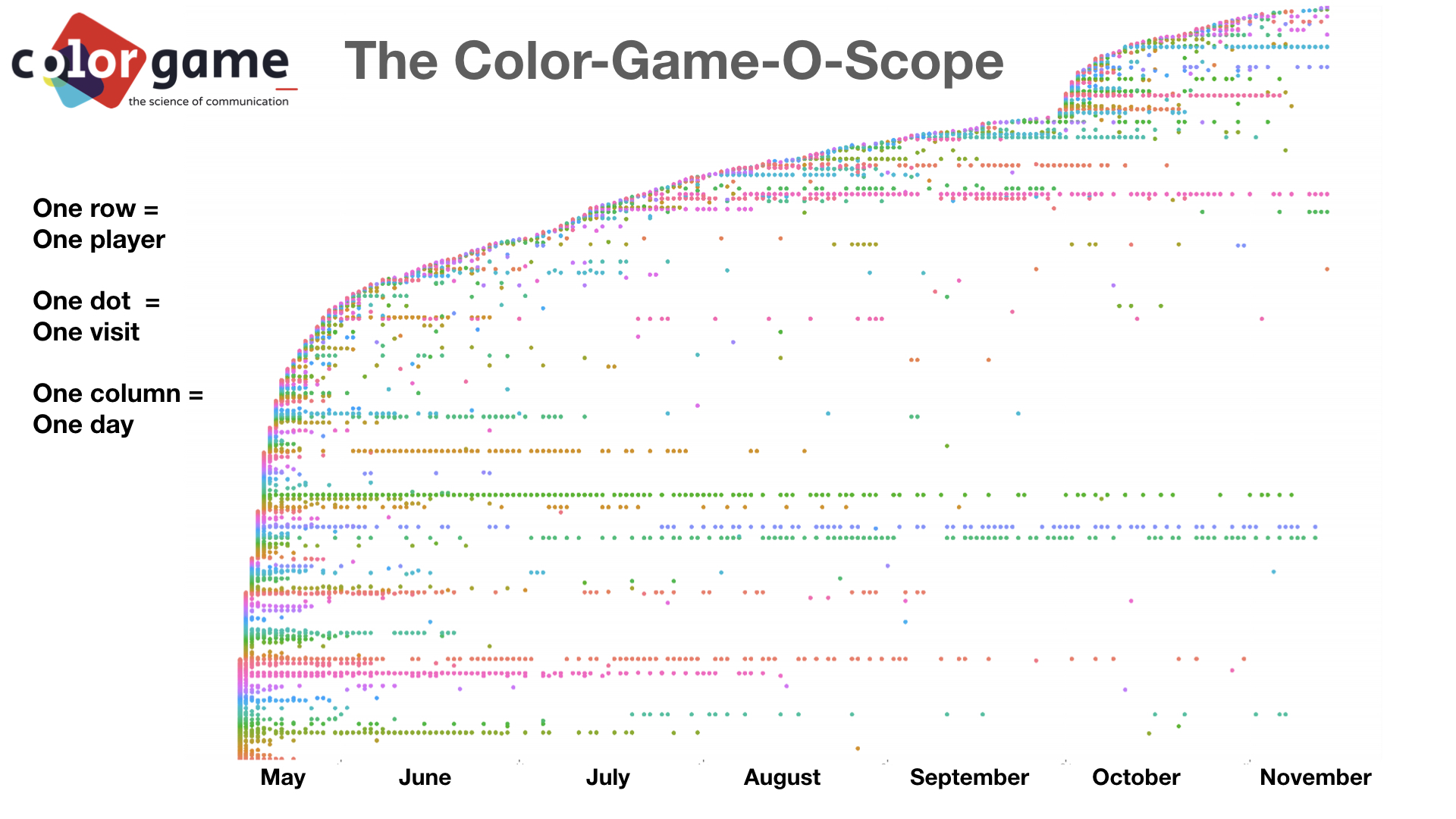 We only retained the players who filled in their personal information in ways that made sense, and then really played the game. More players downloaded the app than are shown here. Players flooded in on the first few weeks after the launch, then our recruitment rate ebbed slightly. Last month one feature we wrote for an online forum went around, bringing a new wave of players. What really keeps the game vibrant, though, is the assiduous participation of a core of committed players — a minority, but not such a small one. Some of them have been with us ever since game launch!

Above: Daily number of Receivers (people who solve one puzzle at least), every day, for the last 3 months.

Given all this, we’re confident that the game will see at least some daily playing until the project ends, but we’re still on the look out for ways to enlarge our community. The best way you can contribute is by rating the app on the Google Play or iTunes stores. We can’t be grateful enough for the players’ participation! Don’t hesitate to join if you’re not one of them. And if you already are, but haven’t opened the app in a long while, why not check in on the newcomers?

It's Color Game o'clock!
A Color Game week
The Color Game's blog
The posts on this blog explore the digital life of the Color Game, a gaming app launched by our lab. Our goal: documenting the evolution of a new language without words, and recording its birth in data. To find out more, visit colorgame.net.