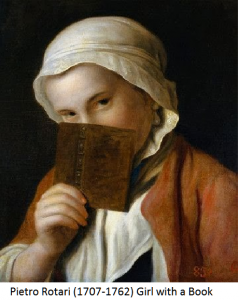 In a recent review paper in Science (2014. 344-6190) entitled “The cultural evolution of mind reading,” Cecilia Heyes and Chris Frith argue that human children learn to read minds much like they learn to read words, via explicit verbal instruction from knowledgeable adults. On their view, both abilities are inherited culturally as opposed to genetically. Their argument for this thought-provoking analogy rests on three basic claims:

(1) Mindreading exhibits as much cultural diversity as reading words.

(2) The case of word reading shows that dedicated neural structure is not ipso facto evidence for genetic inheritance.

(3) The putative evidence for mindreading in preverbal infants shows the presence of something they call implicit mindreading, which is not genuine mindreading.

Isn’t there a clear asymmetry between reading words and mindreading? While writing systems were invented some 5,000 years ago, there is no evidence in any culture of a population of healthy adults lacking the basic mindreading ability to ascribe beliefs, intentions and desires to others.

In support of developmental cross-cultural variation, Heyes & Frith mention studies (by Shahaeian et al., 2011) showing different developmental trajectories in the way children from different cultures learn the meanings of some words for psychological states. For example, in heavily verbal tasks, children from cultures with high ‘collectivist’ values (e.g. China and Iran) display an explicit understanding of access to knowledge before an explicit understanding of belief diversity. On the other hand, children from ‘individualist’ cultures (e.g. Australia and the US) display the reverse pattern. This suggests that different languages and cultures highlight different aspects of theory-of-mind. But it would take more than this to undermine the fundamental assumption that people from different cultures have the same basic abilities to ascribe beliefs, intentions and desires to others. After all, this assumption is also not undermined by the fact that neuroscientists and Evangelical preachers speaking the same language are likely to hold different explicit theories about how the mind works or by the fact—if it is a fact—that CIA officers trained in verbal techniques of lie detection are better at detecting deception than untrained people.

Recent work has shown that a particular area in the human visual cortex, known as the visual word form area, is dedicated to the visual recognition of written words. Literacy, of course, is not genetically inherited. Heyes & Frith’s suggestion is that mindreading is like literacy: the ability to mindread depends on dedicated neural structures, but it is nevertheless culturally (not genetically) transmitted. However, there is a fundamental aspect in which the analogy breaks down. According to Dehaene and colleagues, dedicated neural resources that evolved for object and face recognition have been recycled to allow word reading (Dehaene and Cohen, 2007). But there is no equivalent evidence that the specialized neural resources that underlie mindreading originally evolved for something different from mindreading and were later recycled. Instead, the best current working hypothesis is that those neural areas actually evolved to support mindreading.

Heyes & Frith’s analogy between learning to read minds and learning to read words faces an obvious developmental objection. While there is evidence that preverbal infants have basic mindreading abilities, children do not typically learn to read fluently until they are at least 5 years old. Furthermore, this latter achievement depends on extensive, laborious and explicit training by knowledgeable adults. However, there is no evidence that children are explicitly and laboriously taught by knowledgeable adults to ascribe intentions, desires and beliefs to others. Nor could children learn to ascribe psychological states to others from hearing stories (e.g. Little Red Riding Hood) read to them by adults (as hypothesized by e.g. Gallagher and Hutto, 2008), since understanding and enjoying such stories clearly presuppose mindreading abilities.

In order to deflate this obvious asymmetry, Heyes & Frith address the conflicting developmental findings, many of which have focused on the ability to ascribe false beliefs to others. On the one hand, the evidence shows that when they are tested on the basis of verbal measures, most children fail false-belief tasks until they are 4,5 years old (cf. Wellman et al., 2001). On the other hand, when they are tested on the basis of non-verbal measures (e.g. looking time or looking behavior), the evidence shows that preverbal infants expect agents to act in accordance with the contents of their true or false beliefs (cf. Baillargeon et al., 2010).

Two main strategies have been proposed in the developmental literature to reconcile the discrepant findings: a cultural constructivist strategy and a nativist strategy. Heyes & Frith opt for the cultural constructivist resolution of the discrepant developmental evidence based on a sharp dichotomy between implicit and explicit mindreading. They assume that only findings based on verbal tests can be evidence of genuine, i.e. explicit mindreading and argue that findings about preverbal infants based on non-verbal tests are evidence of merely implicit mindreading.

However, this sharp dichotomy is unconvincing. First, it seems to confuse measures with abilities: one and the same psychological mechanism can be probed with two different measures. Moreover, Heyes & Frith argue that the infant findings based on non-verbal tests are merely evidence of implicit (not explicit) mindreading. So the essential challenge for Heyes & Frith’s strategy is to offer low-level explanations of the findings about preverbal infants consistent with their interpretation of implicit mindreading, but which do not appeal to full blown mindreading. But actually, as they recognize it, Heyes & Frith do not agree about the nature of this implicit mindreading.

According to Heyes, implicit mindreading is not mindreading at all: it depends on what she calls ‘submentalizing’ mechanisms, which are purely associative (cf. Heyes, 2014). On the other hand, Frith maps the distinction between implicit and explicit mindreading onto the distinction between an early developing and a later developing system, both of which are dedicated to mindreading others’ psychological states using different resources (cf. Apperly and Butterfill, 2009). The challenge for Heyes & Frith is to account for the full range of growing data providing evidence that preverbal infants do track the contents of others’ false beliefs. This challenge is made harder by the fact that they do not agree on what psychological mechanisms are really measured by non-verbal tests. On Heyes’ view, all mindreading depends on cultural learning. But on Frith’s two-systems view, the early developing system of mindreading does not seem to depend on cultural learning.

By contrast with the cultural constructivist strategy, advocates of the nativist view deny that only findings based on verbal tests are evidence for genuine mindreading abilities. They take the results about infants at face value and argue that these findings show that a single system of mindreading is operative in development. On the nativist account, children’s cognitive development enriches their mindreading abilities: as their own belief forming mechanism matures and they themselves acquire novel beliefs about richer and more complex subject matters (in particular, via verbal communication with knowledgeable speakers), mindreaders also become able to ascribe to others new beliefs with richer and more complex contents. But the basic mindreading system at work is one and the same.

The burden of the nativist one-system strategy is to explain why false-belief tasks based on verbal tests are so challenging for 3-year-olds. In a typical such false-belief task, participants, who have seen a toy being moved from one location to another in the absence of its owner, are asked to predict where the owner, when she comes back, will look for her toy. As advocates of the nativist one-system account have argued, if young children understand the linguistic meaning of the question, there are at least two basic reasons why they may incorrectly point to the toy’s actual location instead of correctly pointing to where the owner of the toy believes it to be. They may lack the executive resources needed to inhibit the content of their own knowledge of the true location of the toy from intruding into their answer to the question. Or they may be misled by various pragmatic factors into focusing on the toy’s actual location (Helming, Strickland, & Jacob, 2014).

Clearly, learning to read words heavily depends on cultural learning, i.e. on the student’s ability to make sense of the teacher’s verbal and non-verbal communicative acts. But as shown by the pragmatic investigation of human ostensive communication in the past forty years or so (Grice, 1989; Sperber and Wilson, 1986), the recipient of a verbal and non-verbal communicative act could not learn anything from the agent’s ostensive communicative behavior unless he recognized that the agent intended to make some relevant information manifest to him. In short, the student could not learn from the teacher without reading her mind.

In summary, while Heyes & Frith’s comparison between word reading and mindreading is original and worthy of consideration, careful reflection shows that only learning to read words, not learning to read minds, can rest on cultural learning. Furthermore, it also shows that unlike word reading, it is most likely that mindreading has a genetic basis and is part of human core cognition.

No more posts
Does replication matter? The case for conceptual replication and strong inference
Brent Strickland's blog
This blog asks how lessons from cognitive science can help us to understand and improve on cultural activities that impact our daily lives such as science, business, and political decision making.