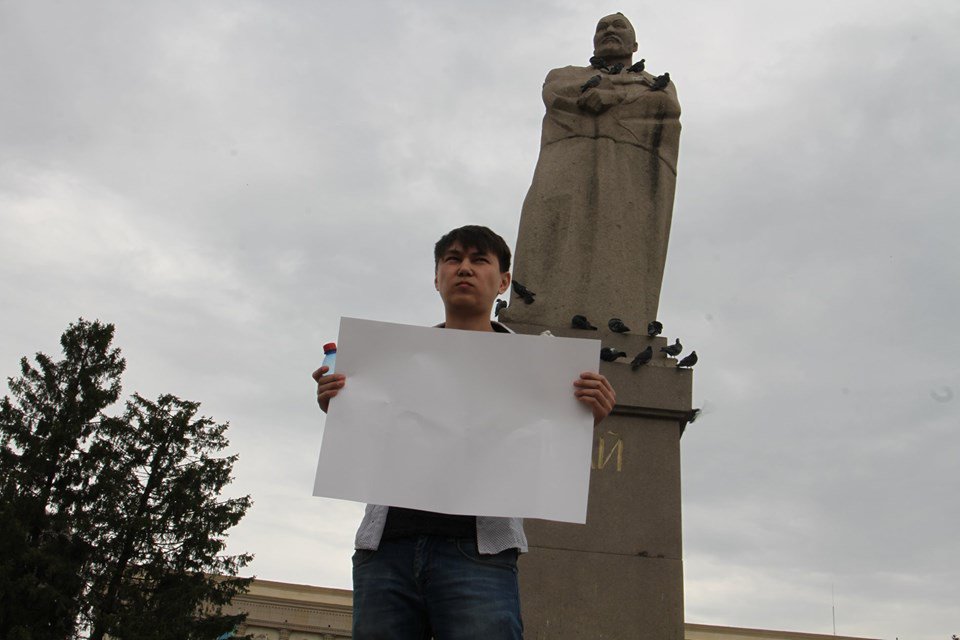 Signalling signalhood as a means of protest

A few days ago Kazakh police detained a young man holding a poster in Abay Square in Oral, Western Kazakhstan. The poster, however, was blank, and Aslan Sagutdinov was later released without charged. Apparently the authorities could not agree what to charge him with. It’s like this old Soviet joke. A policeman approaches and detains a man handing out leaflets in Red Square. Looking at the leaflets he finds them blank. “Why are they blank?”, he asks. “Why write anything?”, says the man. “Everyone understands.”